An Anniversary and A Dutch Treat!

An Anniversary and A Dutch Treat

M and I just came back from two weeks in The Netherlands, celebrating our 20th wedding anniversary.

We returned, for the first time since 1993, to the place we had our honeymoon. 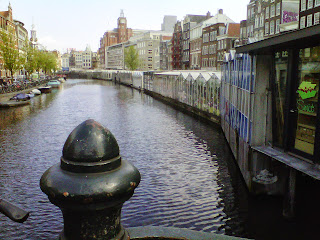 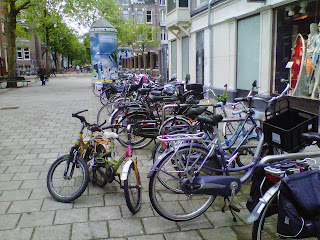 After window shopping on the Bloor Street (or Fifth Avenue) of Amsterdam, P.C. Hoofstraat, we took a break here. 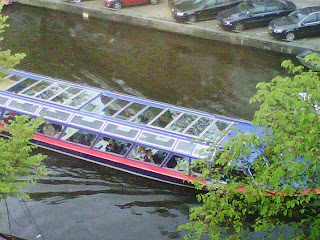 Our room in the Pulitzer Hotel overlooked a canal and the glass-ceilinged tour boats. 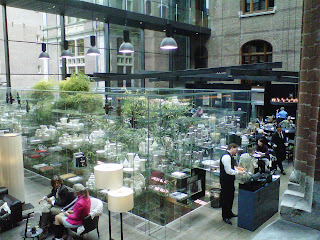 On the one rainy day, we had tea in the lobby of this stunning, newly renovated hotel. The Conservatorium was a 19th-century music conservatory. Two buildings are joined by this atrium.
Tomorrow I'll continue our tour with a look at Scheveningen, on the North Sea....
Tot ziens!﻿
﻿
﻿
Posted by Barbara Etlin at 1:23 PM