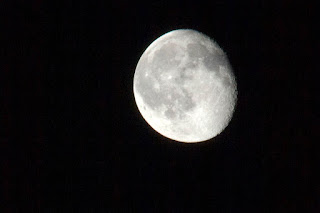 Mystery Man
One small step can seem like almost nothing,
a quarter million miles for three to fly,
as we held our breaths to watch that first landing.
Four billion hopes--a planet's wondering
reflected in the mirror in the sky--
is one small step away from almost nothing.
Buzz followed you, while Mike was orbiting.
How could your tiny step not make us cry
as we breathlessly watched that first landing?
The media frenzy you found stifling,
a leap to fame that you would soon decry.
One small step can seem like almost nothing.
Who is this man? The press is suffocating.
Cocooned within your silence you just sigh,
and hope news will eclipse the first landing.
Mystery Man, no moon songs do you sing.
Can astronauts be brave, but also shy?
One small step that changes everything
at once. We exhale, hope for safe landing.
From ANTIQUE PIANO & OTHER NOTES, Deco Owl Press.
Copyright  2014 by Barbara Etlin, all rights reserved.
﻿
Posted by Barbara Etlin at 11:11 AM 4 comments: 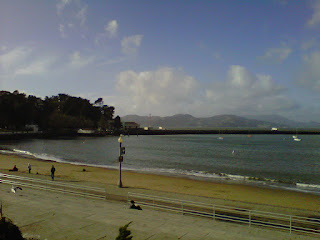