The Truth About Santa

Last Friday night, I discovered the truth about Santa. 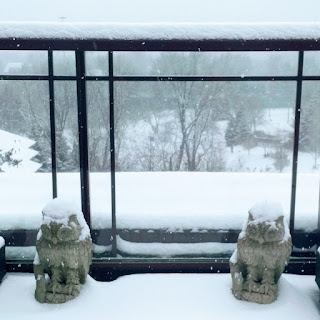 We had been in all day and I was relieved when M suggested going out for a late dinner.

After ordering pizza at a restaurant in the mall, we started talking to a man at the table opposite us. We commiserated about the freezing weather. He offered us the use of a portable heater which the restaurant had provided.

At the far end of the mall, a choir was singing. "That's Charlie Brown's Christmas Theme," I said to M. It was one of the few Christmas songs I like. (We actually avoid the mall as much as possible at this time of year because of the repetitive holiday music.)

Our neighbour finished his coffee and packed up his laptop.

"Time to go home to my family," he said. "Keep warm and have a very happy holiday!"

We wished him the same.

After we finished dinner we asked the waitress for the bill. She said that we were only being charged for M's dessert. The rest of our meal had been paid for by the nice gentleman with the laptop!

Santa isn't that guy in the red suit at the other end of the mall, where the kids line up to ask for presents and to be photographed.

He's a middle-aged guy with a laptop and a family, who showed kindness and generosity to
strangers who don't even celebrate Christmas.

Warmest wishes for the holiday season!

at the Glass Art Gallery... 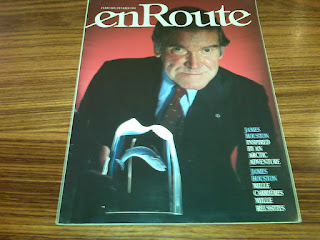 and sold my profile of him
to enRoute magazine!


It was also the day that

from The Yaneff Gallery next door

and hid it for seven months

to give it to me for my next birthday. 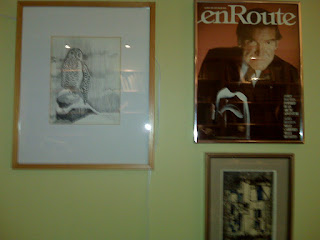