Tulips on My Terrace... 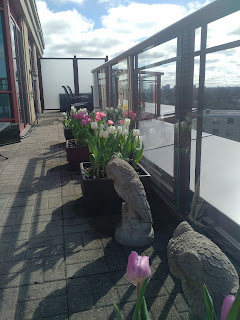 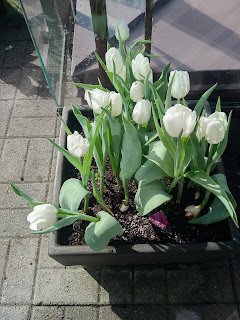 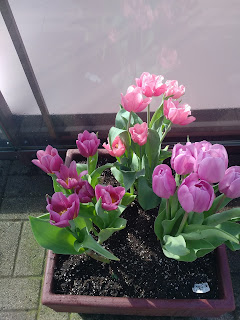 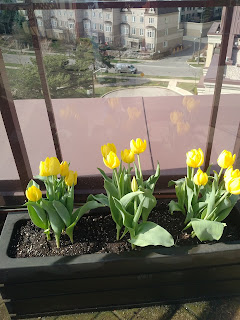 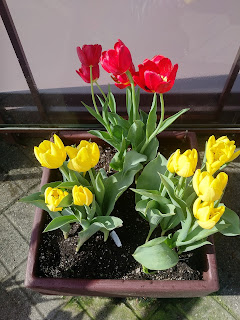 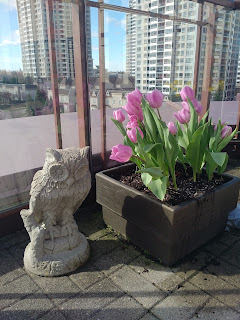 Choosing colours was a happy accident. When I bought them, they were closed and I couldn't determine the colours.

I have tulips to look at, so Spring can begin!

In the spring of 1841, Felix Mendelssohn waited nervously in Queen Victoria's court. After his long career as a composer, he was about to receive a knighthood.

The line moved forward slowly. Queen Victoria sat on her throne and each man kneeled before her while she mumbled something and moved her sword from one shoulder to the other.

At last, he reached the front of the line. It was his turn.

Thrilled, he knelt before the queen. This was the most important day of his life. He knew he was supposed to say a foreign phrase which he had memorized, but..

So he said the first foreign phrase he could think of, which was:

Queen Victoria was not amused but she didn't lose her cool. She replied:

"Why is this knight different from all other knights?"