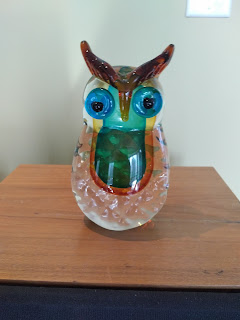 My birthday present from M,
bought in Corning, NY
Posted by Barbara Etlin at 8:18 AM 10 comments:

We just returned from a week in Corning, New York.

Corning is in the Finger Lakes district of southern New York, a half-hour away from Watkins Glen (famous for race cars and a gorge with waterfalls) and about an hour south of Rochester. 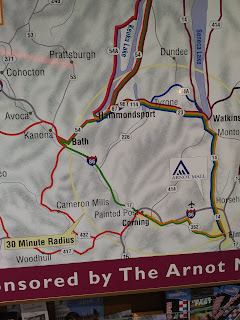 We discovered Corning in 1982, driving home from Florida. Although we only stayed overnight that time, we have been back many times since. Its main attraction is the Corning Museum of Glass. 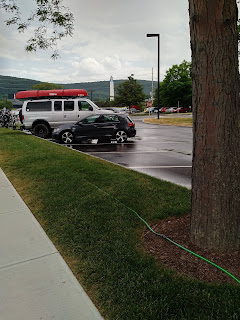 We took the tour, saw the current exhibits, and especially liked the modern and the art deco glass.

Corning and I have a long, happy history. Because I discovered it in 1982, and bought a piece of
Steuben Glass for a relative's wedding present, I was put on the Steuben mailing list. In that way, I found out about a Toronto exhibit of one of the Steuben designers, James Houston.
And that lead to my writing and publishing a profile of James Houston for enRoute magazine! 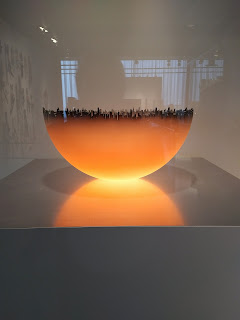 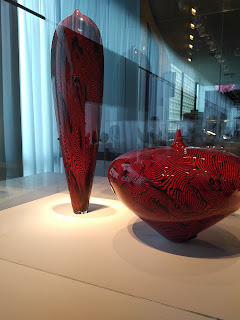 After a hurricane and flood in 1972, the city revitalized its Victorian-era buildings on
Market Street. Visiting Market Street is like stepping back in time, with the old-fashioned facades and the quaint signs. There are lots of antique stores and, of course, plenty of places to buy glass items. 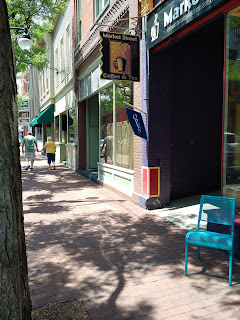 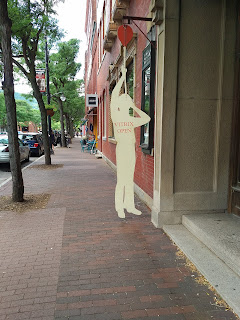 My favourite store has an owl on its gable! I've named him Rocky after the Rockwell Museum. 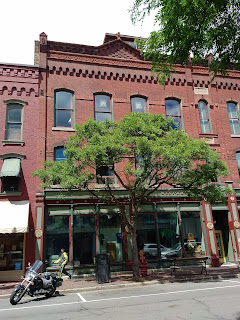