We spent last week in Kingston, Ontario. At the request of my friend, Robin, here are some of the tourist sights.

Kingston, one of Canada's oldest cities, is located at the eastern tip of Lake Ontario, at the start of the St.Lawrence River and the Cataraqui River. The Thousand Islands and the border to New York State are 30 minutes east.

For me, the best sight is of sailboats. This was the view from our hotel room. 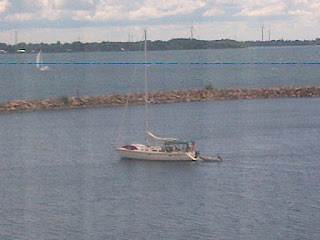 Lake Ontario. In the distance, on Wolfe Island, are wind turbines. 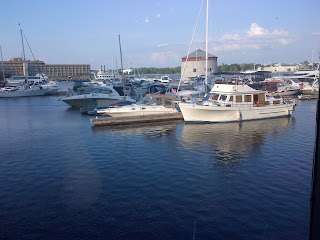 
It's noted for three main industries: its university, Queen's; its three penitentiaries, Kingston (recently emptied of prisoners and made into a museum), Millhaven, and Collins Bay; and the military university, Royal Military College. Some of the historic buildings have been restored in downtown. Kingston was the home of Canada's first Prime Minister, Sir John A. Macdonald, and his house is a museum. 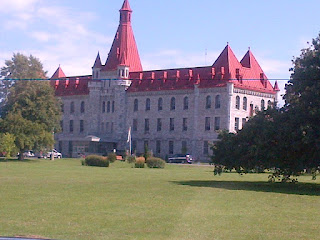 Collins Bay Penitentiary looks a bit like a castle.

We visited with our friends who live nearby and I did a lot of writing at my fave spot, Chapters, which has a Starbuck's on site.

To get more touristy photos for Robin, on Sunday we went to Fort Henry, which has probably the best views of Kingston. Situated on a hill across a narrow bay, it looks down on Kingston and the Royal Military College (RMC). 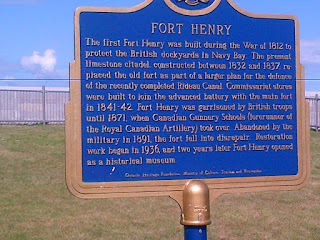 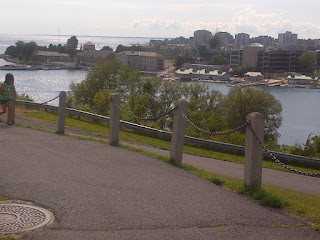 view across the bay of RMC ( foreground) and Kingston (background) 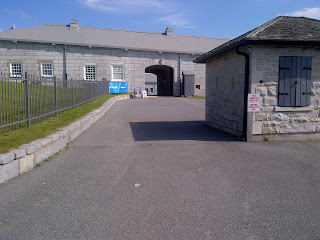 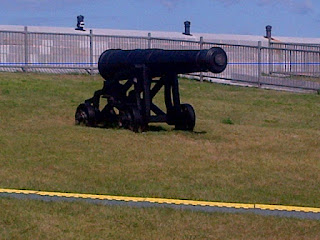 We arrived there, coincidentally, in time to hear the cannon ceremony. It was loud! Fort Henry has a tour, gift shop, and a cafe with fantastic views. The fort is now a National Heritage Site.


Edited to add: A link to this blog post was featured in the photography e-journal,