Last Sunday we saw the first performance of the year of Henry V at Stratford, Ontario's Shakespearean Festival. Because it was a preview, and the play's first performance, I don't feel that I should write a review.

I was thrilled to see one of Shakespeare's plays at Stratford. We hadn't been there since 2005, much too long for me to go without Shakespeare. Since my first time there, as a teen, I've always felt that I belonged on that stage. Although I've switched my ambition from acting to writing, the Festival Theatre still has that irresistible attraction.

We had mostly sunny weather and it was a lovely change of routine, as well as giving me my theatre fix. 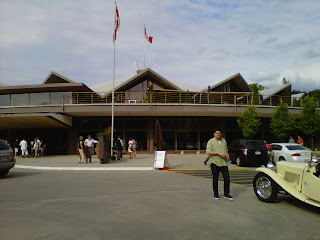 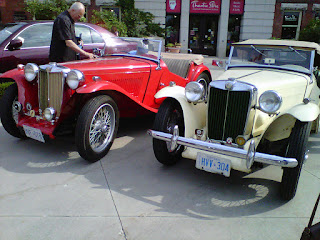 We were lucky to be there on the same day that someone was trying to sell his vintage MGAs!

Where do you think I'll be this afternoon?

Interesting article in The National Post about why Bogie is still so intriguing to audiences.

Posted by Barbara Etlin at 11:51 AM No comments:

Today I received a wonderful package
delivered by Owl Mail. 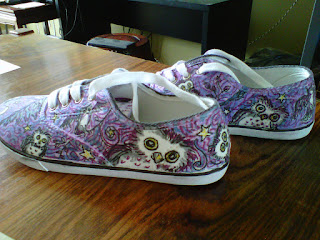 Children's writer and illustrator,
Liz Jones,
designed these owl shoes for me.
http://lizjonesbooks.livejournal.com/ 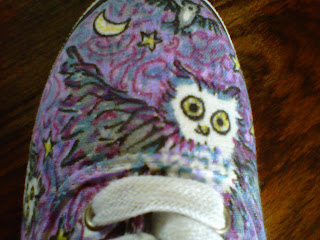 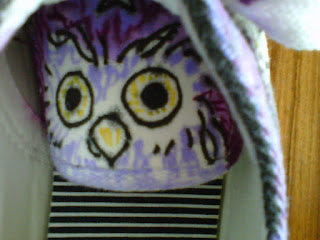 For details on how to get your own personalized shoes, contact Liz.