An Anniversary and A Dutch Treat, Part Two

Our Trip to The Netherlands


After a week in Amsterdam, we drove to Scheveningen, which is a small city on the North Sea, near The Hague. "Scheveningen" is such a hard word to pronounce and to spell, it was used as a Dutch language test for spies during World War II.

We stayed at The Kurhaus, where we also stayed on our honeymoon. The Rolling Stones played there--and were booed off the stage--in August 1964, in their first performance outside The UK. (M pointed out , "They didn't do so badly afterwards!") Stevie also played there. 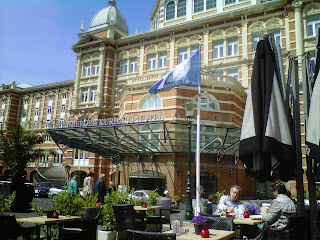 We often ate at this Italian restaurant with its patio just outside the hotel. 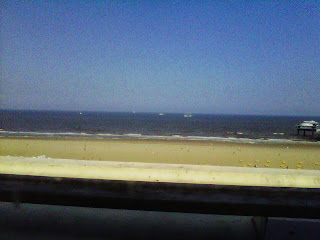 Our room overlooked the beach and sea.
Click the photo to enlarge it.
You'll see a motorboat, a sailboat and a tall ship. 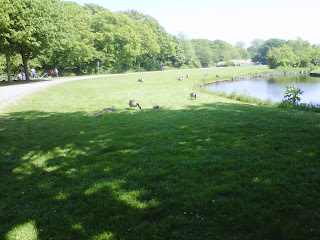 We walked through Westbroek Park and saw geese relaxing beside a pond. 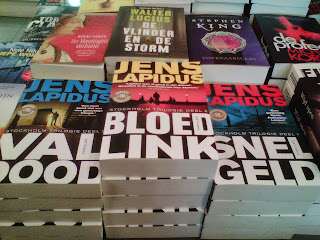 Bookstores, and print books, are still very popular in The Netherlands. 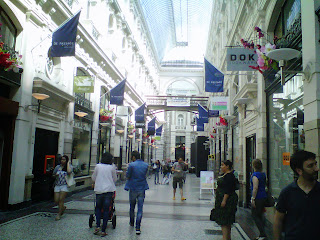 The Hague is the seat of Parliament and where the new king, Willem Alexander, lives. We found some souvenirs in this covered pedestrian area, The Passage. 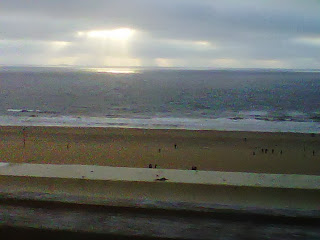 After a week, it was time to say goodbye to the sunset over the North Sea
and return to Amsterdam.
Last Day in Amsterdam
We had an afternoon and night in Amsterdam before flying home. We went for a walk and found some delightful shopping near our hotel, at the Nine Streets. 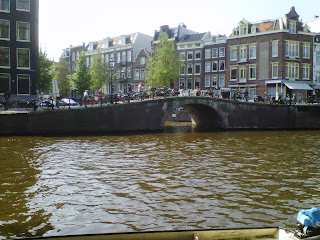 Bicycles and bridge on the Prinsengracht, not far from the Anne Frank House. 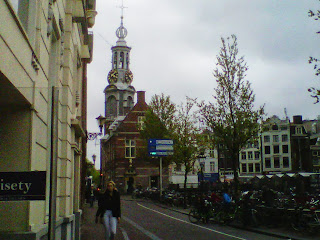 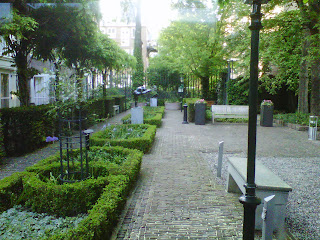 The Pulitzer Hotel's sculpture garden
The Pulitzer Hotel is comprised of connected, renovated 17th century canal houses on the Prinsengracht and the Keizersgracht. Spanning the two canals are gardens.  It also has its own art gallery. Yes, it's the same Pulitzer family as the people who award the Pulitzer Prize.  :-)

The Rolling Stones played here, too; but more successfully than at the Kurhaus!

And so did this fellow... 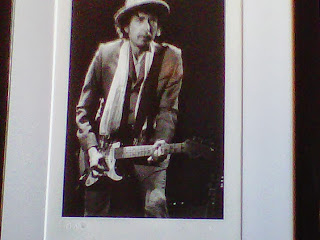 Dylan in the Pulitzer bar
"Like a Rolling Stone"?
Tot ziens!﻿
Posted by Barbara Etlin at 1:05 PM