In San Diego, we revisited some of our favourite spots. 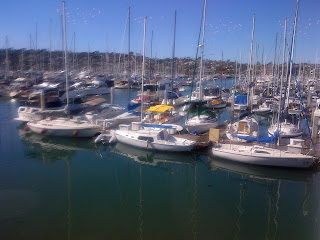 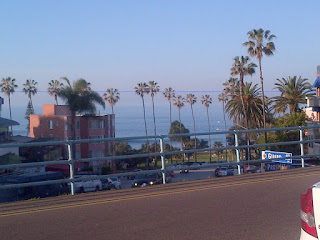 La Jolla is a northern suburb known for its scenic cove... 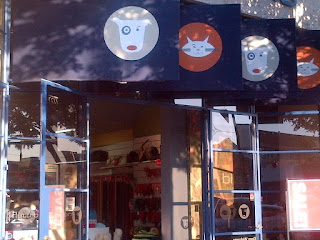 ...and its exclusive boutiques, where even dogs and cats feel at home. 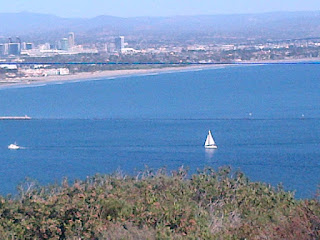 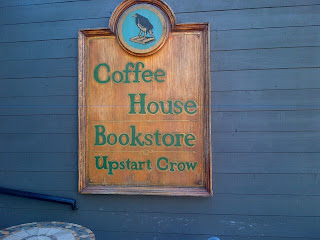 I wrote at a window table at Upstart Crow. 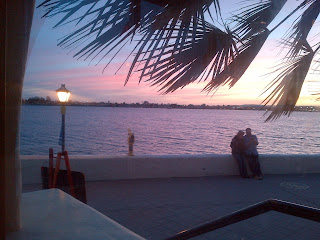 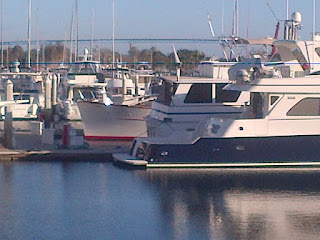 These yachts have a great view of the Coronado Bridge.

At Balboa Park, we revisited the Air and Space Museum and saw some new things, too. 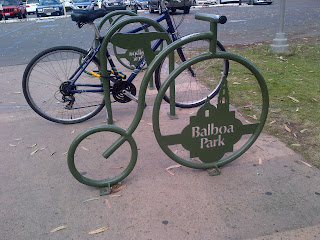 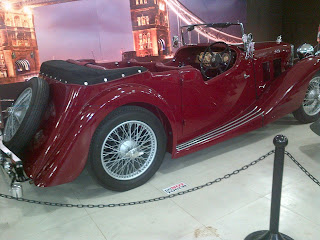 At the Automotive Museum we saw a vintage MG! 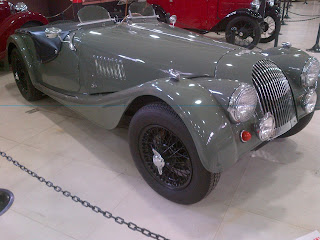 The Jaguar is always gorgeous, whether it's new or old. 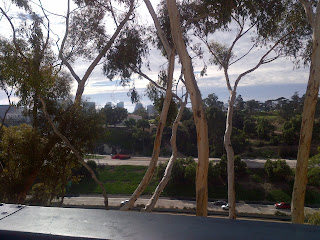 
On our last day we visited Coronado Island. They call it an island, but it's really a separate city and a peninsula. You either have to go over the mile-long blue Coronado Bridge or take a much longer, but scenic, inland route to get there over the Silver Strand. 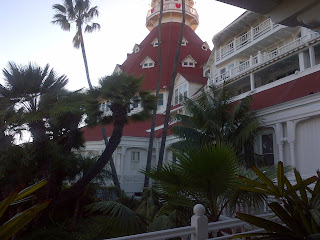 The Hotel Del Coronado was built in 1888 and is an historical landmark. "Some Like It Hot" was  filmed there in 1958. The Prince of Wales and Mrs. Simpson probably met there at a party in the 1920s.
I like to write in the hotel's bar which overlooks the Pacific. 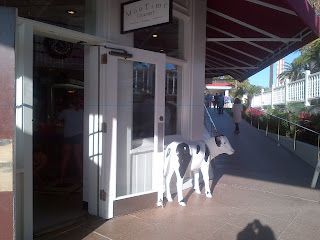 Posted by Barbara Etlin at 6:24 PM