At that time, it was a time-consuming craft, requiring patience. The process of traditional decoupage was something like this:


The idea was to make the decoration appear to be flush with the surface.

Now I think most decoupeurs use one coat of Mod Podge and skip the sanding steps.


Here is what I did to convert my grandfather's cigar box into a keepsake box which I gave to M for his birthday. 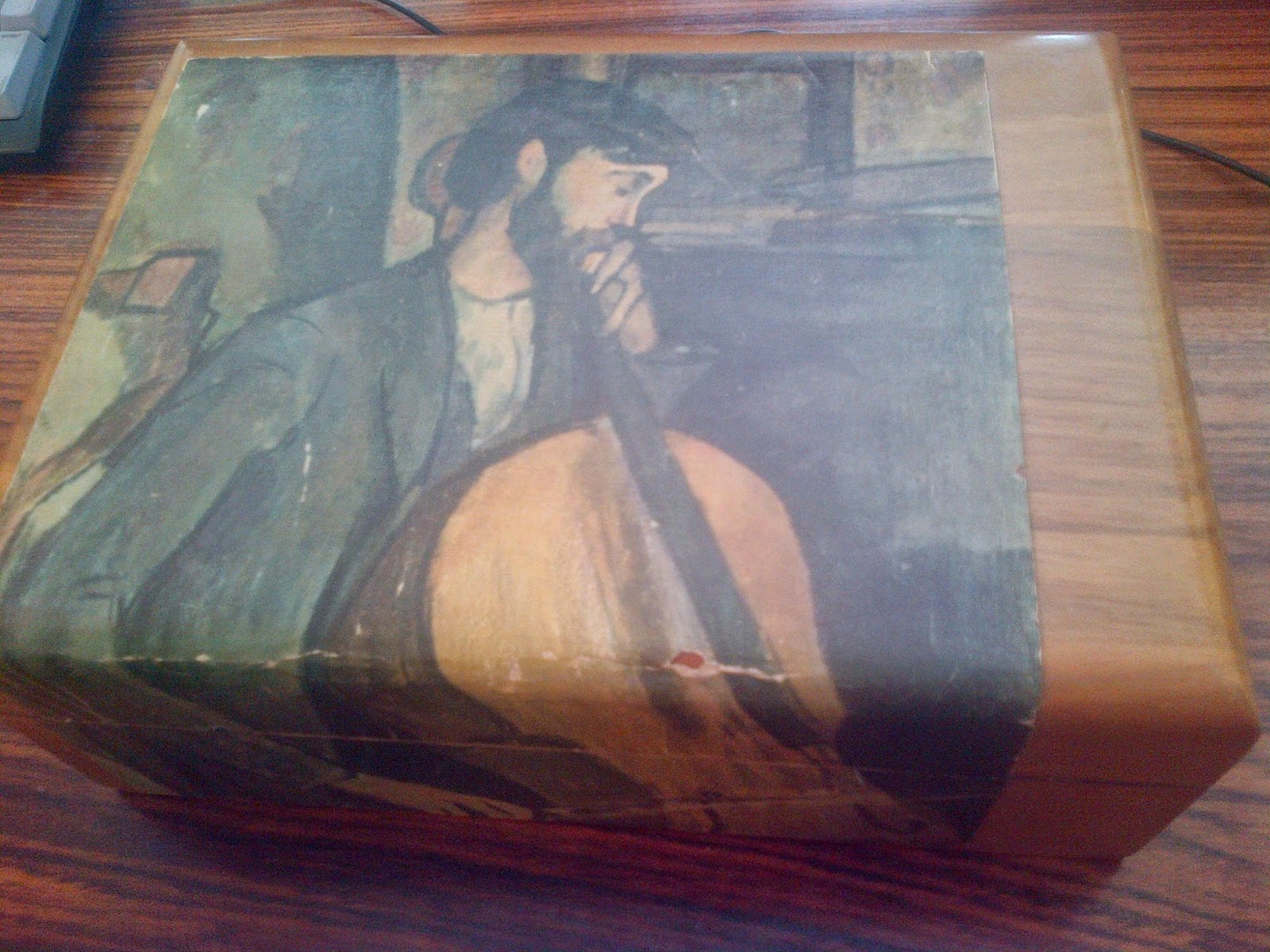 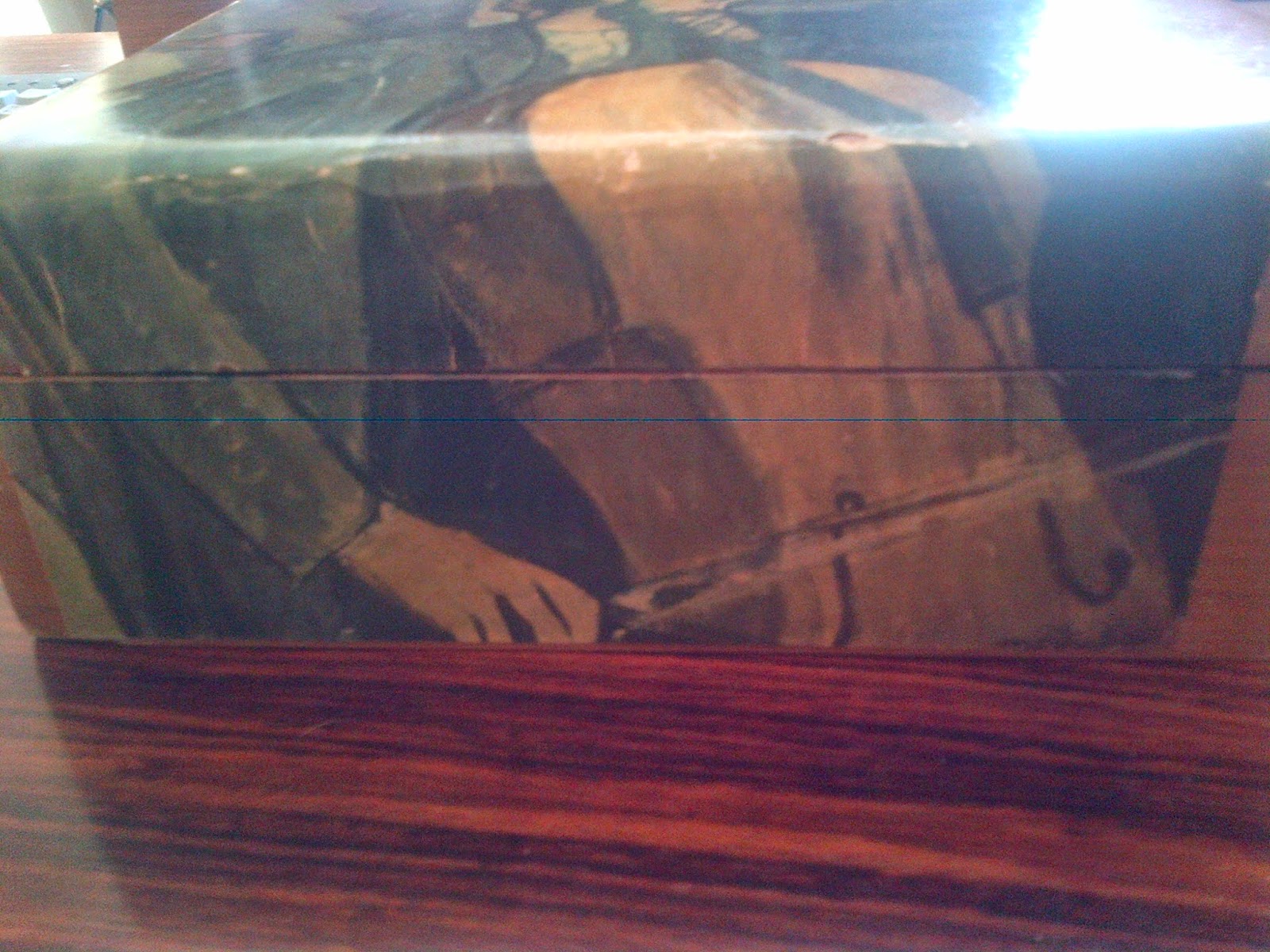 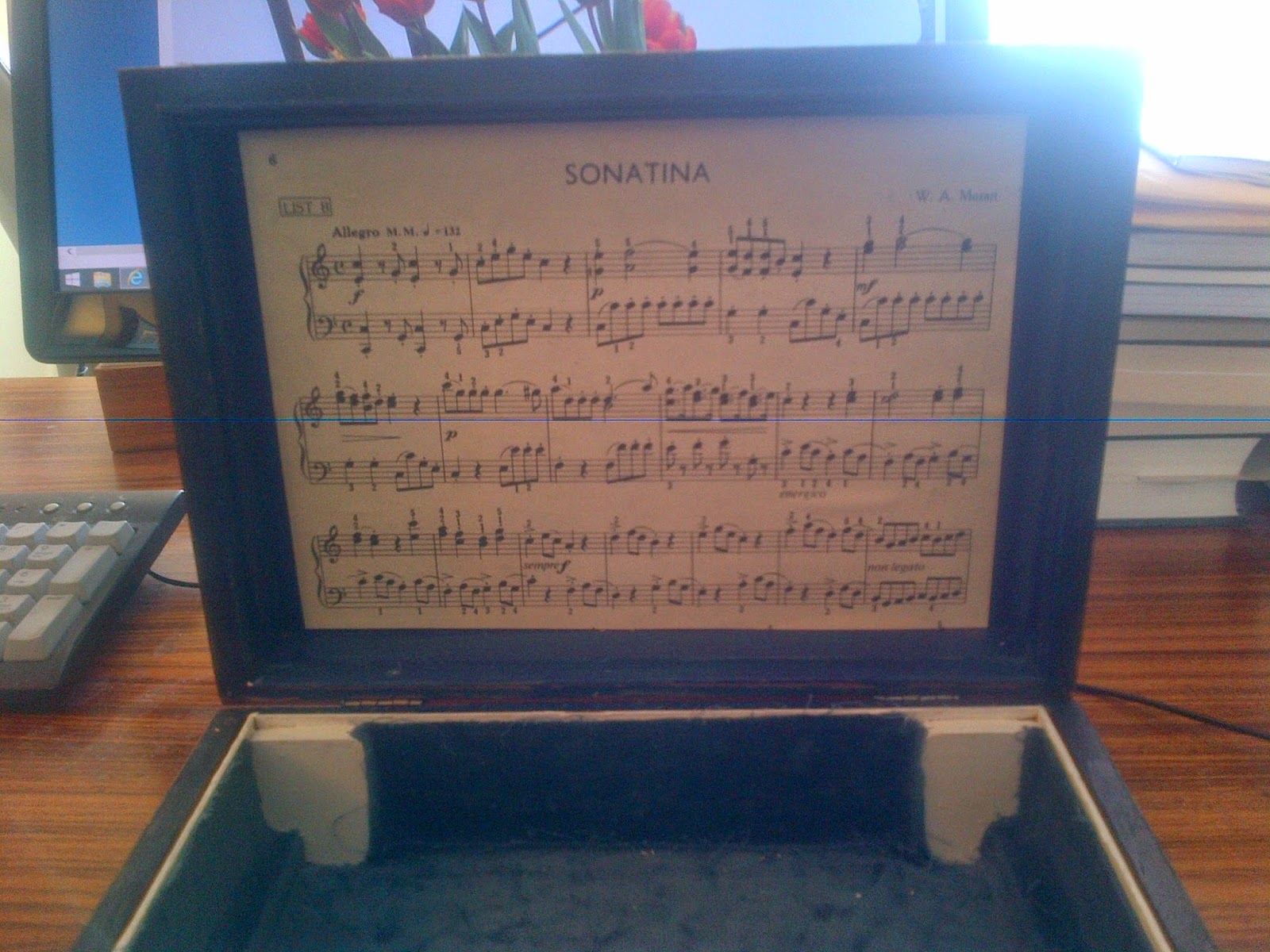 Posted by Barbara Etlin at 1:29 PM